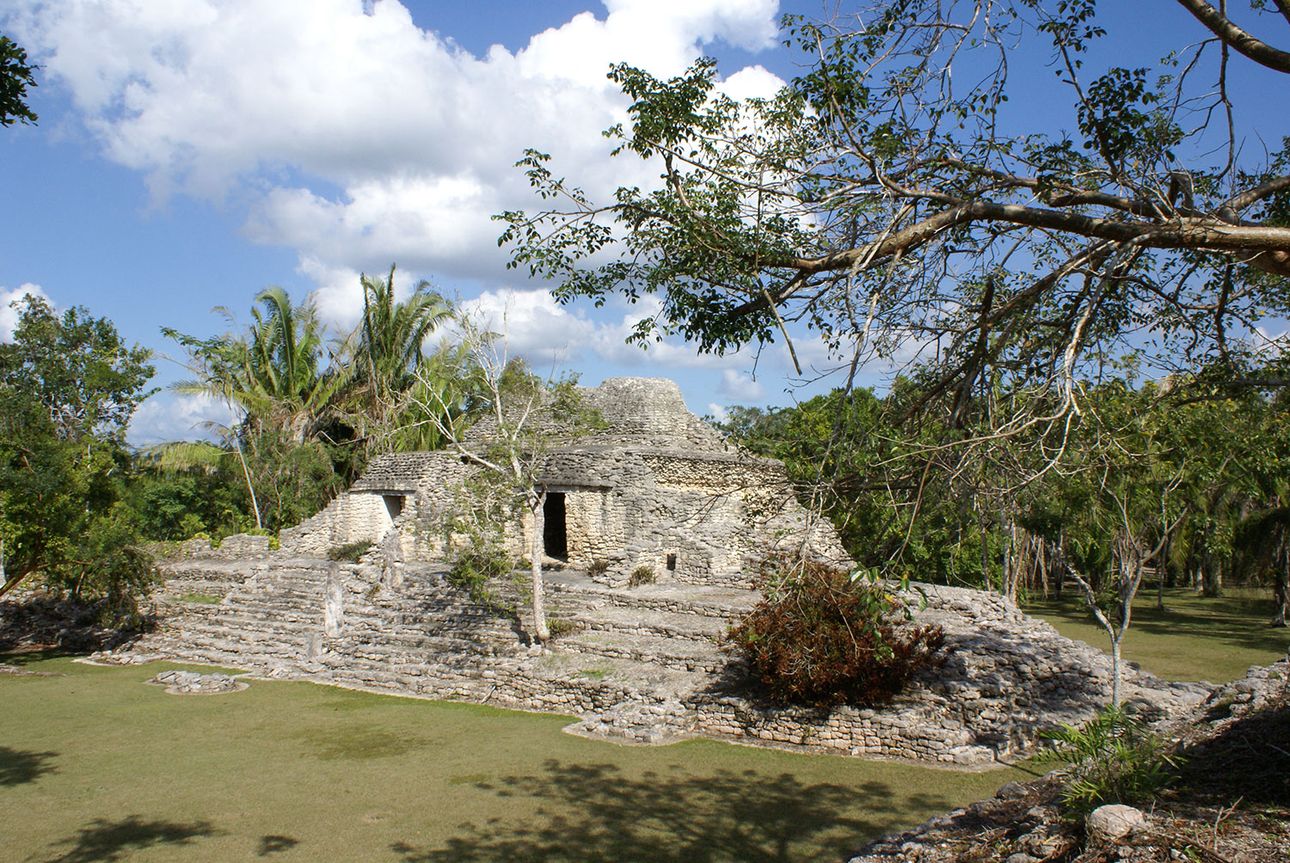 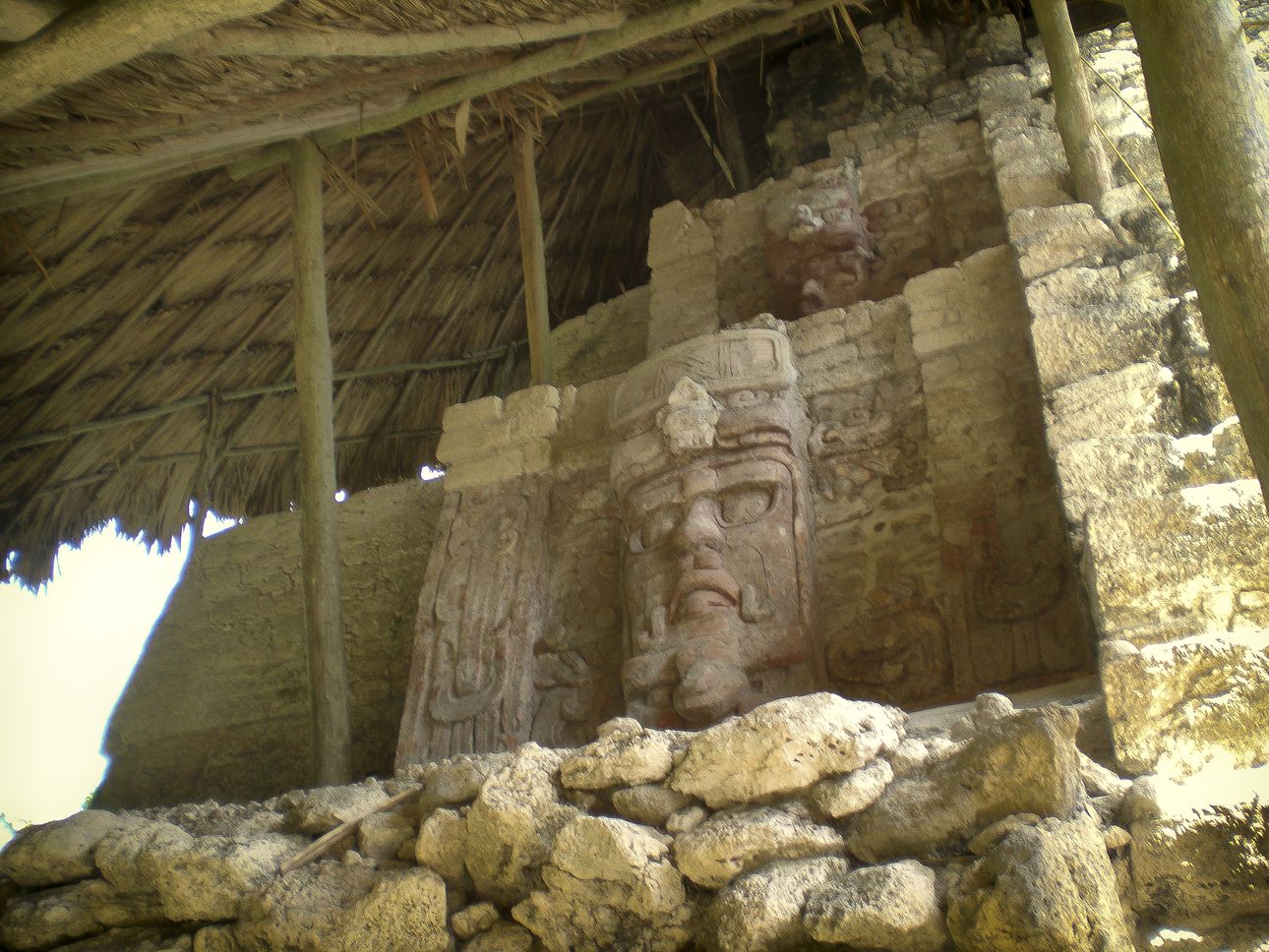 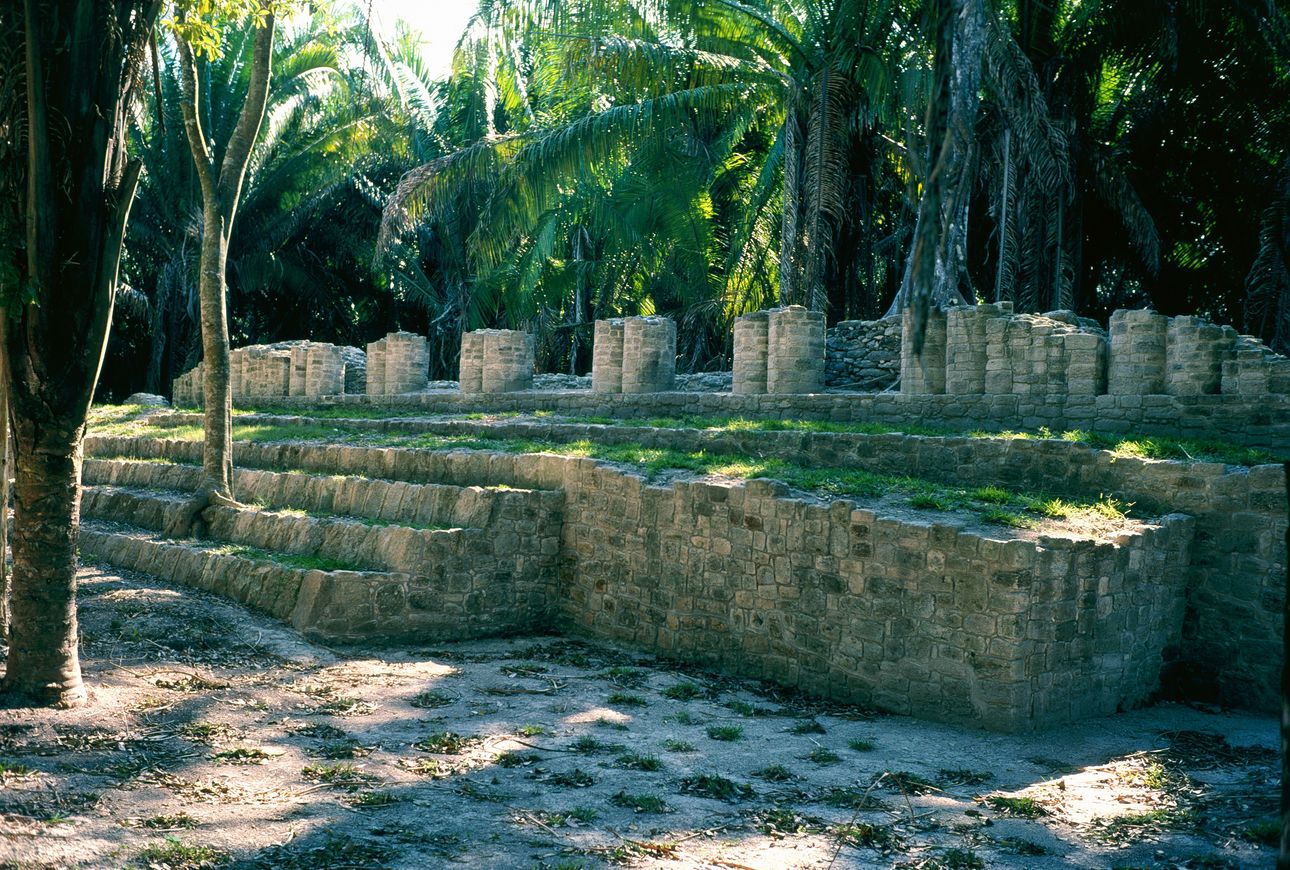 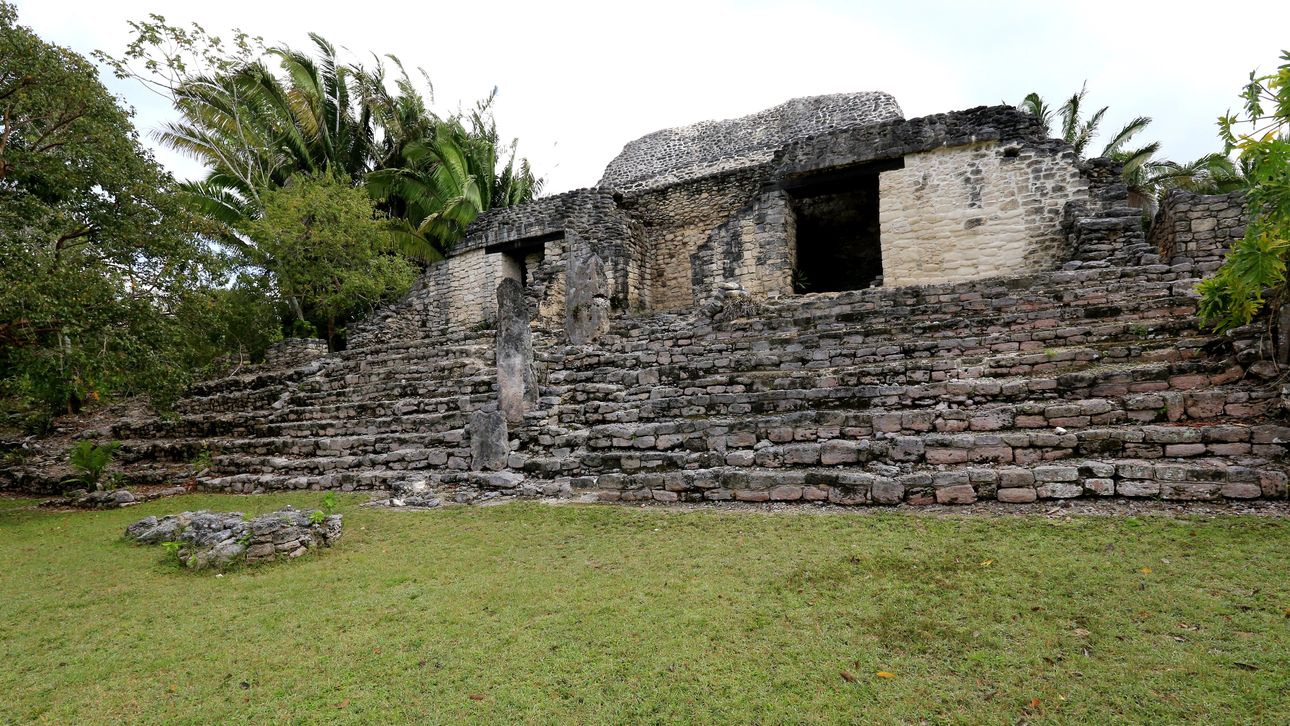 Kohunlich: the name is derived from the word kohoonridge, that the Belizean workers from the Wood workshop gave to the ruins at the beginning of the 20th century, it comes from the english terms Kohoon, which is a type of palm tree in the area and ridge.

It is a beautiful archaeological zone, the most studied in the state of Quintana Roo due to its proximity to Chetumal, from which it is only 65 km.away. We will be able to appreciate a canal-like pit, which has not been studied yet to know if it surrounded the entire city and on which archaeologists built an access platform to reach the site, where, you will find a palace with superimposed building  (architectural offerings every 52 years) where the interior building was burried, that has been exposed by nature, shows pre-classical architecture, monumental platforms used as a foundation to build a palace in the classical period, with very square and flat stones resembling bricks , we can observe what is left of a large conteiner of water with evidence of its stuccoed floor, wich was the reserve, plazas, stelae (stones with representations of the upper class) and the iconic temple of Kinich Ahau (solar god) with five of the eight originally masks that  decorated the building, almost 2 mts high each one, currently preserving much of its stucco and red pigment that covered them (being exposed by nature when it destroyed the superimposed building) ball court , platforms, civic buildings with adjacent columns, wich are only in yhis mayan área.

Note: this tour is recommended in circuit.