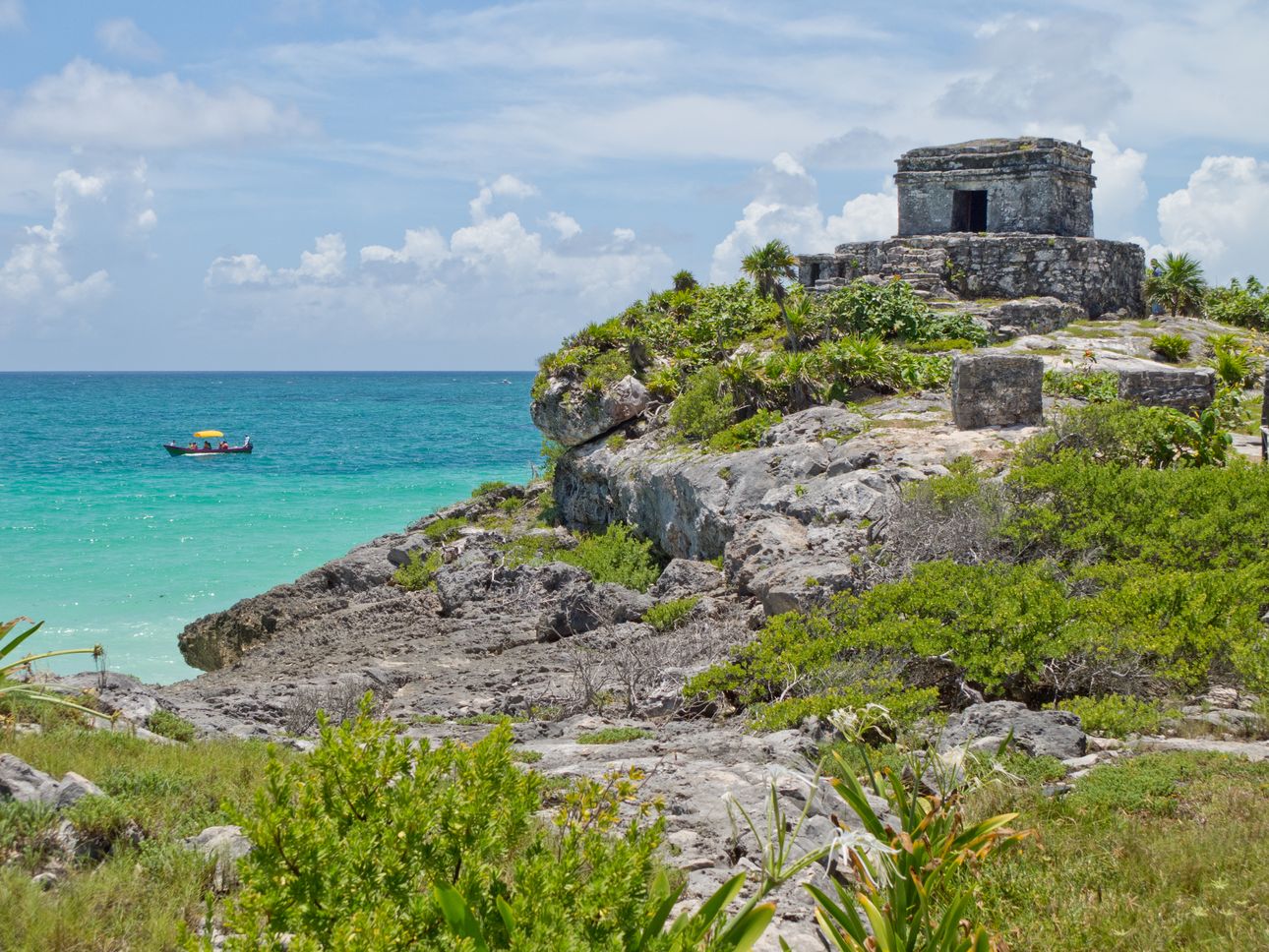 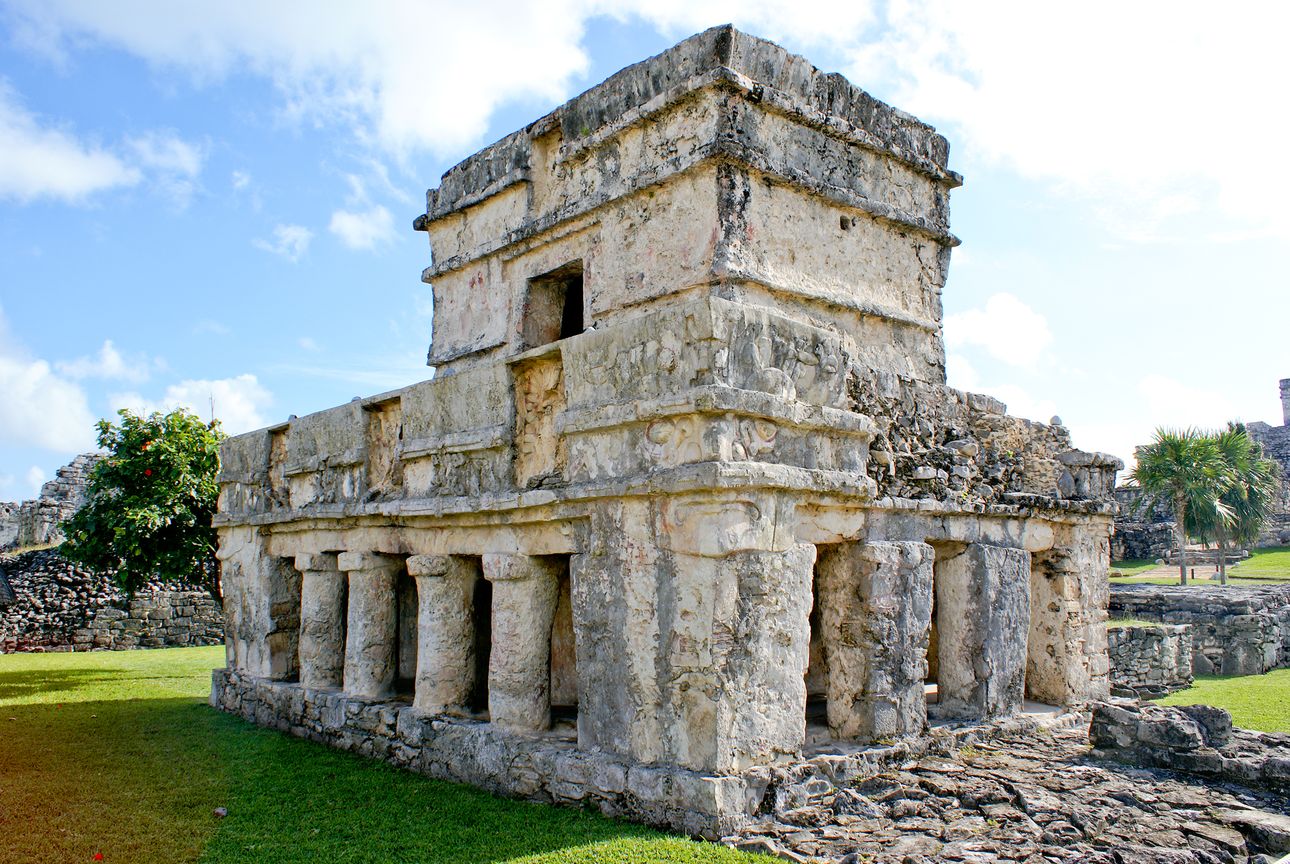 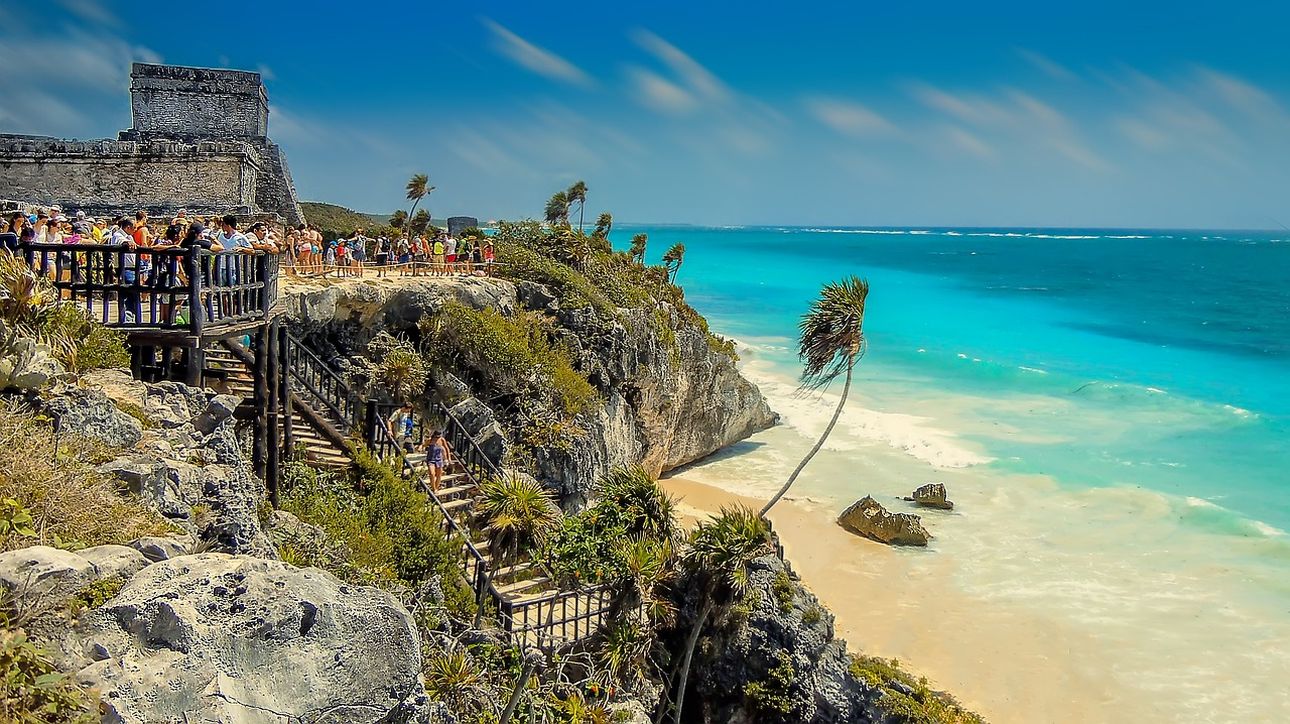 Tulum (Walled city, it is the way in which the explorers John Loyd Stephens and Frederick Catherwood called this beautiful Mayan city), in the 19th century when they made a trip in the Mayan area guided by the mayan natives. It is an extraordinary place on the coast that during the pre-classic, classic and post-classic periods was used as a sanctuary for the life goddess, it was until the end of the post- classic period, on the XV Century, when it was inhabited as a city.

From this impressive place the Mayans and the Spanish could see each other, but the natural barrier, the Mesoamerican reef (the second largest in the world) kept the Spanish ships at a distance.

Resting on the small cliff is the castle (as it was called by the explorers) which is the altar to the sun god, you can also admire the temples of diferent gods, the watchtowers, the wall that protect the city on three sides, houses, and more important things.

Note: this tour can be combined with swimming in a cenote, Cenotes tour, Coba, Punta Laguna, Xel Ha, Akumal, Yalku, or after the tour you will have time to enjoy a delicious meal before taking you back to your temporary home (meals not included);
Or be part of a circuit.