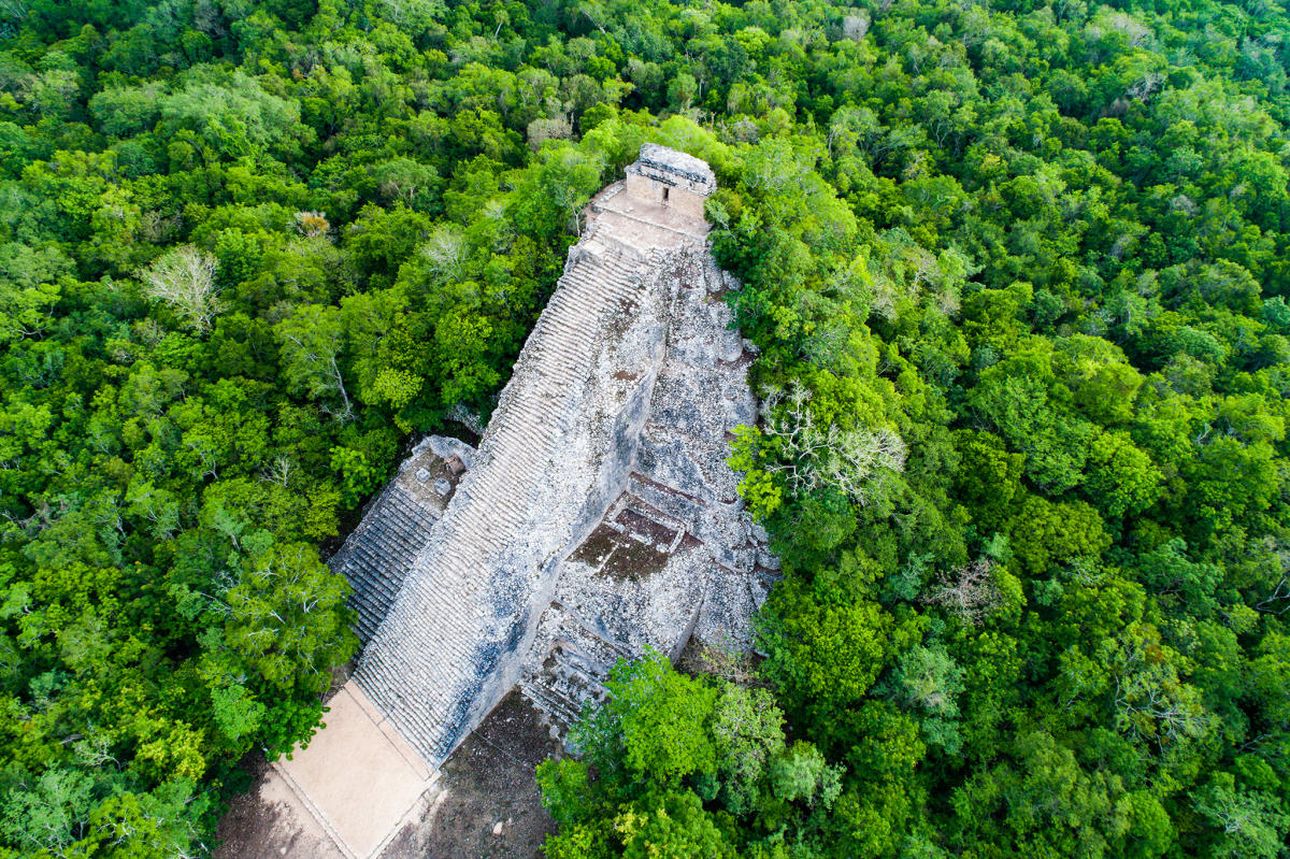 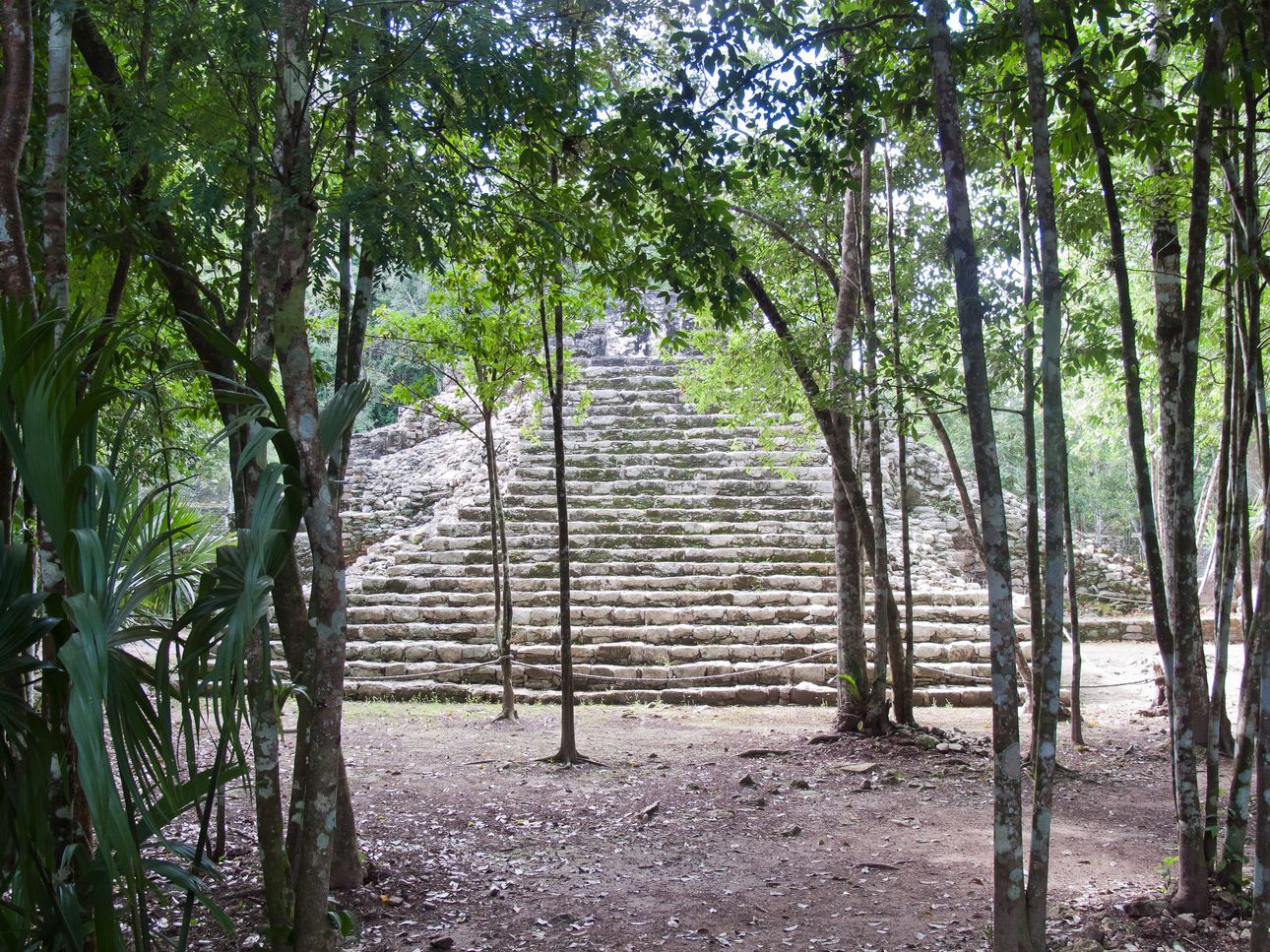 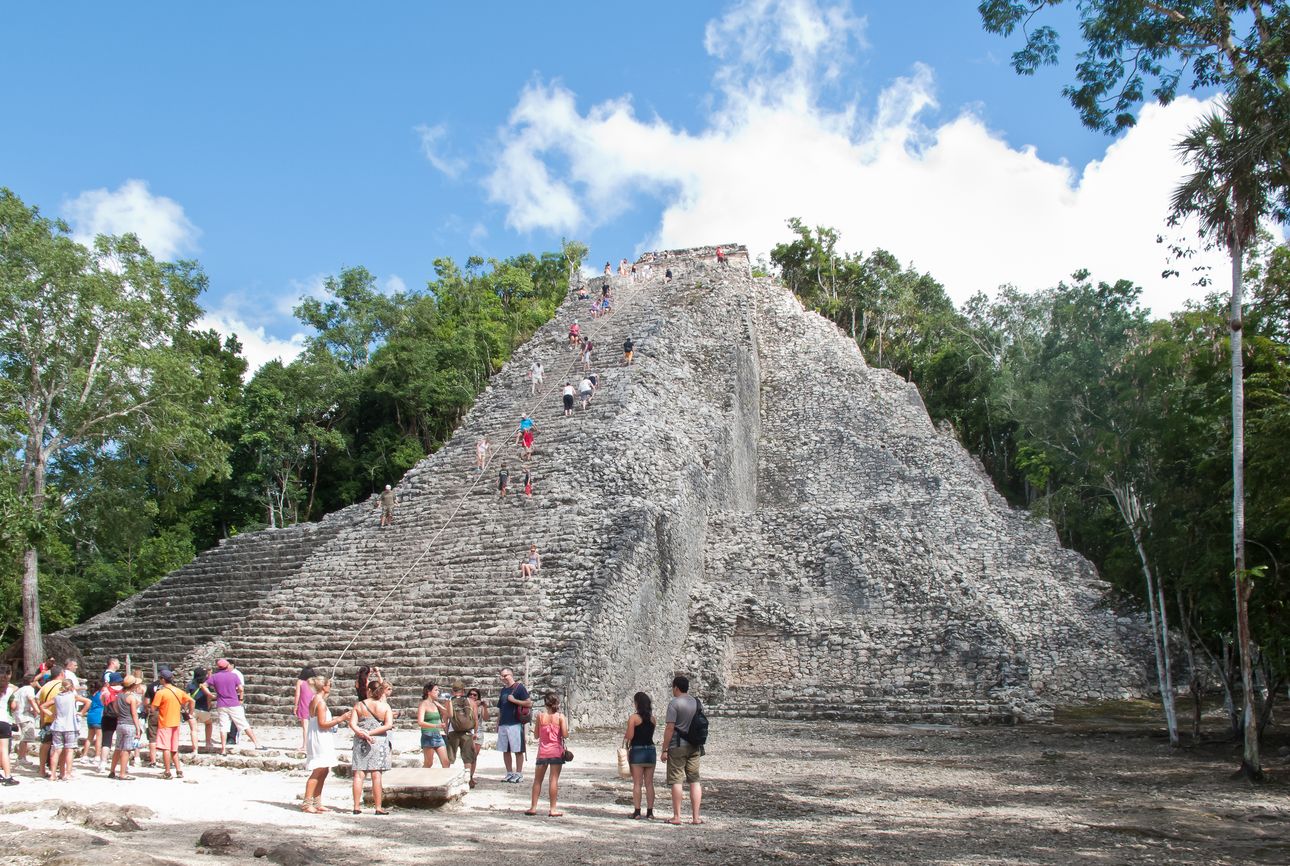 Coba (surrounded by water), is like chicleros (adventurers who collected the sap of the zapote tree for the chewing gum production, because it was cost elevated and made them wealthy) called to this large and impressive Mayan city. It was also visited by the explorers John Loyd Stephens and Frederick Catherwood in the 19th century.
Immersed in the dense jungle, which still is present on the buildings, you will have the opportunity to visit the ruins of this city, which was one of the most largest.

Fortunately or unfortunately, nature did its job, destroyed several buildings, some in part and the other in its entirety, but this effect gave the archaeologists to understand how the mayans were reusing buildings, to being a completely buried to remake it  more larger or more higher and some others adapting new sections; at first a bit confusing because in Coba you can admire pre-classical architecture by exposing nature to previous buildings that were buried and in turn, leaving evidence , classical architecture in parts that were not destroyed, wich confusing for being building that show different times.

We will be able to see the group of the church, ball courts, the pyramid of the frescoes, corridors, a palace, stelae (stones carved with representations of the upper social class) and the main pyramid, which can still be climbed and from which you will be able to admire the dense jungle and one or perhaps two of the three lakes that were the water supplies of this city.

On this tour we can make use of bicycles or if you are tired or do not want to pedal, you can take a tricycle (for two people of average size) and someone else will do it for you.

Note: this tour can be combined with swimming in a cenote, Tulum, Cenotes tour, Punta Laguna, after that you will have time for a delicious meal in the town of Tulum (Food not included);
Or be part of a circuit.